Taking a quick initial look at the basic convection heat transfer equation below (sometimes referred to as Newton’s Law of Cooling), it appears it would be relatively straight forward to determine the resistance wire temperature of an open coil heating element.

However, in a typical basic heat transfer textbook (DeWitt, 1981), what’s not presented at the beginning of a section on convective heating, is that ‘h’ is not a simple constant independent of temperature. ‘h’ is typically calculated from an empirical formula4, dependent on temperature, air velocity, and geometry. A review of any basic heat transfer textbook will have a list of various formulas for h (or Nusselt number, Nu, a dimensionless constant from which h can be calculated) for different geometries. For our problem of the open coil heating element, a formula for a helix shape or geometry is typically not included.

A formula for forced convection against a coil was originally published by Cjnacki (Hegbom, 1997).  It is for coils with a Stretch Ratio ranging from 1.3 – 5, and is of the form:

To determine c and n:

As the wire temperature increases, the heat dissipation due to radiation becomes more prominent and must be accounted for as well.

For an open coil element, the radiation heat dissipation is undesirable, since the majority of the radiated heat is lost to the surroundings, and not into the airflow we are trying to heat.

Let’s now work through an example to show how the formula can be used to estimate wire temperature. We will assume radiation is negligible for this case.

For a given heater application we know:

With the ubiquitous availability of spreadsheet computing power, I found the most productive approach to be:

For the above conditions, iteration using a spreadsheet yielded the following result.

In conclusion, the above procedure can be used to estimate the resistance wire temperature of an open coil element when conditions are known to be predominately convective. This calculation is somewhat tedious even with the use of a spreadsheet, but once the spreadsheet is set up, future calculations are relatively straightforward. It also demonstrates the need for a thorough search of the literature for equations suitable for the conditions found with open coil elements. To date, I have not seen similar formulas that are applicable for open coil heating elements and would be delighted to hear from you to discuss, share information, thoughts regarding this. The development of more wide-ranging formulae overall would be of benefit to a wide range of industrial and commercial applications.

2Convective heat flux is often referred to as the “watt density” with units of Watts/in2 in U.S.

4The implication being there is not a unified theory for convective heat transfer. Data is collected from experiment, and a formula is developed to fit the data

5Nu and Re are based on the characteristic length of wire diameter, d. 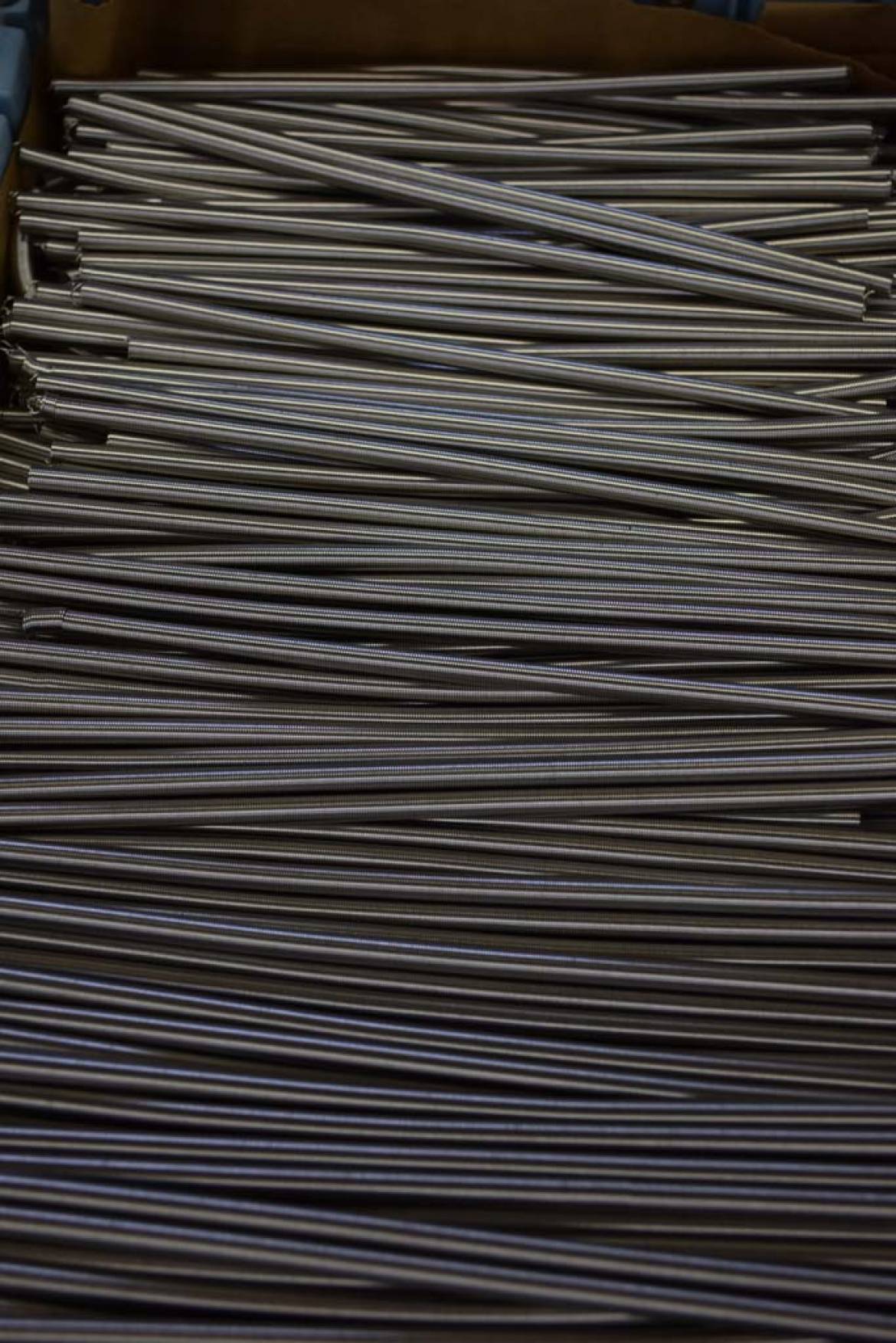